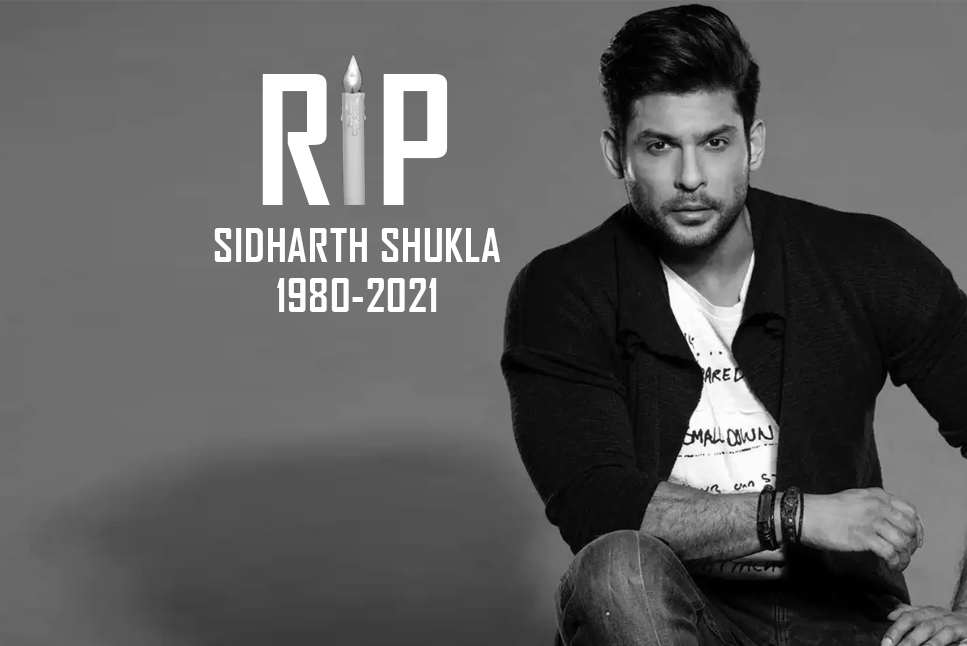 Sidharth Shukla the winner of Bigg Boss 13, popular television and film actor, best known for his role in the long-running TV show Balika Vadhu, and has been a part of films like Humpty Sharma Ke Dulhania died on Thursday, an official at the Cooper Hospital here said.

“He was brought dead to the hospital some time ago,” a senior Cooper Hospital official told Press Trust of India. While initial reports state he suffered a “massive heart attack” in the morning, a senior doctor from the forensic department of the hospital told Hindustan Times, “Won’t be able to confirm the cause of his death until we complete the post mortem.”

Sidharth began his career in showbiz as a model and made his acting debut with a lead role in the television show Babul Ka Aangann Chootey Na. He later appeared on shows such as “Balika Vadhu” and “Dil Se Dil Tak“. He is also popular for his tints in reality shows such as “Jhalak Dikhhla Jaa 6“, “Fear Factor: Khatron Ke Khiladi” and “Bigg Boss 13“.

As soon as the news of Sidharth Shukla’s death came, a lot of celebrities as well as his fans flooded Twitter with condolence posts. From his Bigg Boss co-contestants, film stars to tv celebrities, here are all the reactions that came pouring in over Instagram and Twitter:

Totally Numb! This is beyond shocking! Life is so unpredictable. May his soul rest in peace🙏🏻 #SiddharthShukla pic.twitter.com/OjvCBDXN94

Deeply saddened! @sidharth_shukla , We met for just 14 days, we fought a lot and parted ways. Never spoke again. Your sudden demise has taught me unconditional forgiveness! I forgive everyone & seek forgiveness from whoever I may have disappointed. RIP Sid. #SiddharthShukla

I’m truly sorry for Siddharth’s loved ones and fans. This is devastating. You will be missed 😞
Om Shanti #SiddharthShukla

I can’t believe what I just read. It’s unbelievable. A person so young and so full of life. #SiddharthShukla will be missed dearly. May his soul rests is peace. Condolences to the family, friends and all the fans. 🙏🏻 pic.twitter.com/U6FoNUU7M7

Absolutely shocked to know about @sidharth_shukla ’s death. Totally numb. Life is so unpredictable. My condolences to his family 🥺. Rip Siddharth 💔
#SiddharthShukla

Extremely sad and shocking news of the passing of #SiddharthShukla , life is so so fragile. My deepest condolences to his family in this heartbreaking time. Prayers for his soul 🙏🏼🕯💔. Om Shanti.

Saddened to recieve the news of Actor #SiddharthShukla passing away. I can understand the pain of his family and loved ones. May Almighty grants peace to the departed soul and strength to the bereaved family. Om shanti. pic.twitter.com/qA9lngOh8Z

Life is so unpredictable. Absolutely shocked to hear about Sidharth’s passing. Devastating beyond words. My condolences to his family, friends and fans. Rest in peace my friend🙏🏻 #SiddharthShukla pic.twitter.com/kRHL1EatYu

Another reminder of how fragile life is.
Heartfelt condolences to #SiddharthShukla ‘s family and friends.
Om Shanti pic.twitter.com/zTinZmyaJ5

Shocked beyond words!! Gone toooooo soon…. Condolences to his family, loved ones. – He was loved by millions. #SiddharthShukla you will be missed – rest in peace brother. Om Shanti 🙏🏽 https://t.co/gvttNVDHxh

It’s shocking to hear about the sudden demise of #SiddharthShukla 🥺
My heart goes out to his family and his army of fans! Life is so unpredictable! Rest in peace.

Gone too soon
Extremely shocking and heartbreaking
What a personality he was
Life is really unpredictable
Om shanti #SidharthShukla pic.twitter.com/8dM5E7p8li

It is true. But I still can’t believe he is no more. Gone too soon… my sincere prayers and condolences to his family, loved ones and his fans. may his soul rest in peace. pic.twitter.com/Dp9dXCjlp8

Last year on June 14, 2020, also saw a shocking demise of Bollywood actor Sushant Singh Rajput who was found dead at his Mumbai apartment. It’s been a year, but the nation still continues to feel the void left by the late actor.